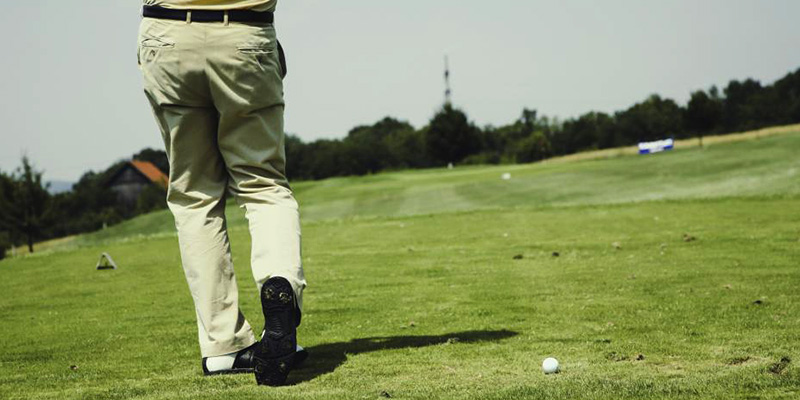 Joe at Point A

Here are some of his comments:

“I have gotten so much better at being at Point A. It is such a powerful tool. I have really learned to only be aware and focused on the shot at hand. I don’t care about the past events any more and I am not predicting what the future shots will produce.

In other words, when I am on the 16th hole I don’t add up my score any more and figure that if I just par in my score will be a 76. I now understand the only thing I can control is this golf stroke that is happening now so I don’t even think about the past shots or the future ones.

The most amazing thing is to observe my playing partners and see how they destroy themselves on the golf course. When Alex gets inside of 40 yards to the green he starts this ugly self talk about how this will be a quick double bogey because he hasn’t learned to chip yet. His self-talk is such a self-fulfilling prophecy that there is no way a positive shot can come out of that situation. And when Jordan hits a bad shot he just explodes with anger and then his round is over. He gets in such a negative state of mind that he’s not even fun to be with even though the guy is one of the nicest guys in the world.

My thoughts have really gotten cleaned up now that I am only thinking of what I want to do and not what I don’t want to do. I do my best to think in a forward mindset giving myself solutions but never dwelling on the problem.

For example, I missed a short putt on the 4th hole and then when I got to the 6th hole I had a similar putt. I did not think about how I had just missed the last short putt. I put my focus on making a good stroke right now and sure enough the ball went in the hole. The profound thought is that there is nothing you can do about the last shot, it is over, it can never be replayed and thinking about it isn’t going to help you so realize that and just get on with it. I train myself to just forget it and think about what I want to do right now. I have to consciously tell myself to forget and now I’m pretty good at it.

It seems crazy now that I am playing Point A golf to think about the past and predict my next shot from what has happened in the past. I realize that this is a brand new shot and I just want to think about what I want to do and I have the opportunity to hit a great shot any time from anywhere. Without carrying the past with me I feel so much lighter and freer when I play and I feel like I am giving myself a chance for success on each shot. My friends notice my attitude because they make comments on it all the time and my scores seems to be better but the reality is that I am just much happier on the golf course.

No comments yet. You should be kind and add one!